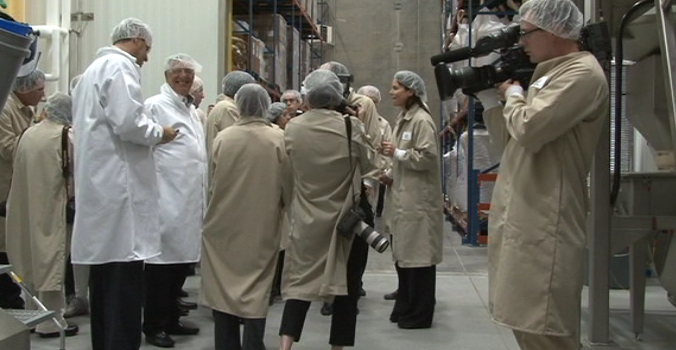 Providing the Best Philadelphia-Based Camera Crews
We offer more than twenty years of experience providing single or multiple camera crews around the Greater Philadelphia Metro area including New Jersey, Delaware and Maryland, by calling 610-633-2862. With 24 x 7 immediate availability, we guarantee our shoots to your complete satisfaction. We have completed more than 2000 shoots for demanding broadcast television producers, and have produced more than 400 videos for corporate clients. Each team member has been chosen by our President and founder, Ron Strobel, who has won more than 15 national awards for his work as a cameraman, field producer, director and editor.

From concert coverage to reality TV. From sports events to music videos, we have developed numerous high-value relationships with local professionals in the various creative fields. So, we can help when you need, actors or specialized equipment, such as teleprompters, steadicam, dollies, etc.

Companies around the nation, in the business of procuring professional video crews, are the most demanding in the industry. We’re proud to be recommended by the best, including: 1-800-TV-CREWS, Assignment Desk, Atlantic Television, Crew Connection, Crews Control, Maslow Media Group, Media Services, Platinum Television Group, and many others.

These brokers know that we have a reputation for being very experienced and showing up on time with the finest, well-maintained equipment available. We have worked with celebrities such as Donald Trump, Mel Gibson, Bruce Willis, Lennox Lewis, George W. Bush, Hillary Clinton, Tim McGraw and many others. Our background includes prior shoots in far off locations such as Thailand, Switzerland, France, Italy, Amsterdam, the Greek Islands, Peru and the Mount Everest region of Nepal.

Small, Medium and Large Businesses Have Trusted us